The story so far:
Part 1: taped down some LEDs and learned how to code with Arduino.
Part 2: tried some ideas for construction and geometry.
Part 3: worked out the design for the Mark I.

Time to dive into some actual physical construction

The main strength of this build comes from a GatorBoard back and base.
For those unfamiliar with GatorBoard, it's a very strong foamcore  board with a hard, dense card cover. I've built some very large structures out of the stuff - love it.

The card-stock channel dividers worked pretty well in the proof-of-concept model, so I'm going with that again.

I constructed this compass out of scrap GatorBoard with a bit from a plastic bottle for the center pivot. I put a thumb tack through the pivot hole in the plastic and a pencil or knife in the marked holes.

Step 2: Drill for the LEDs
Instead of just taping the LEDs to the surface, I'm actually drilling art board for the LED mounts.
A 1/2" Forstner bit makes nice clean holes.

Step 3: Carefully cut and score a a few dozen pieces of card stock for the dividers. 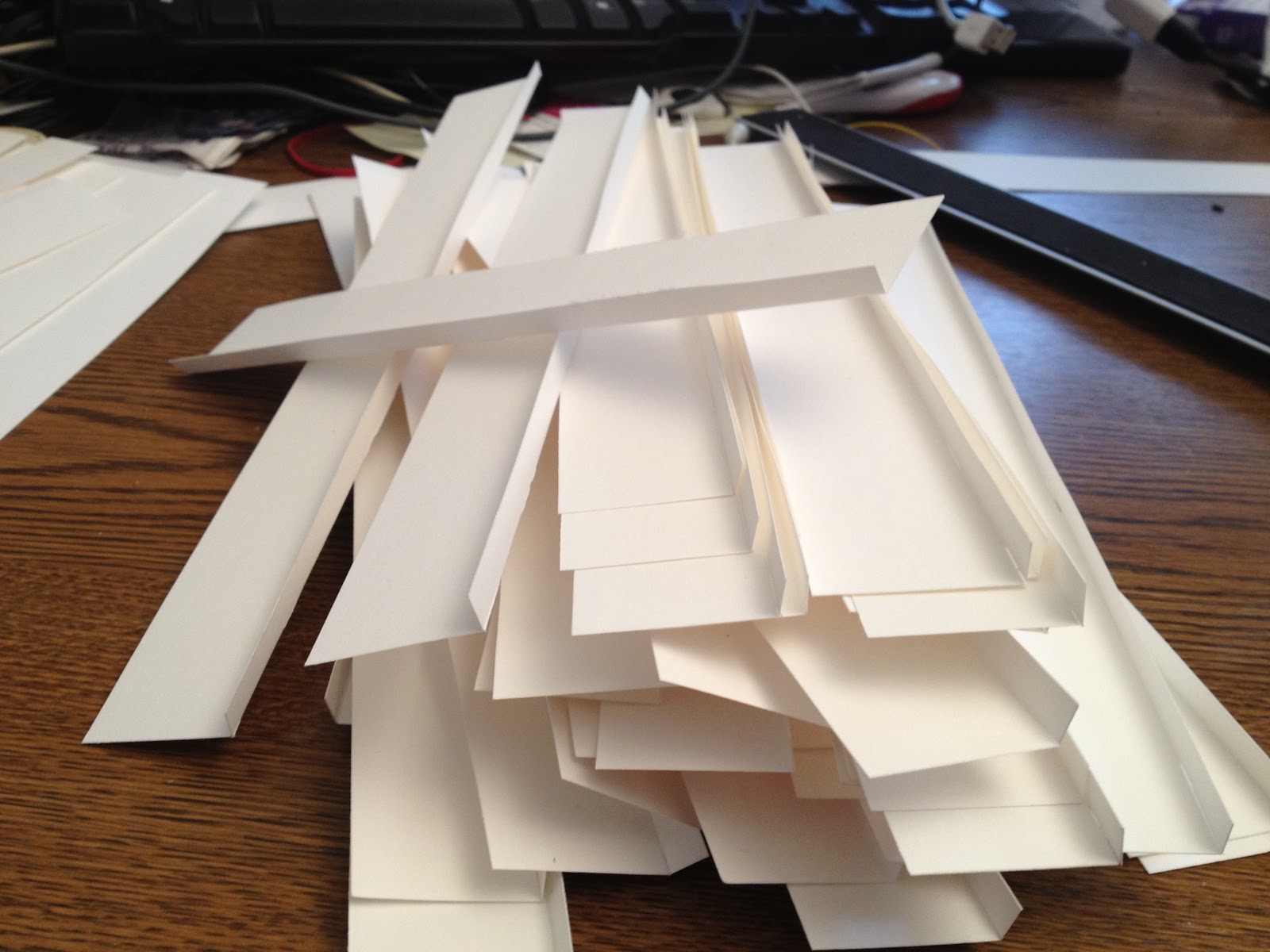 Assemble those into pairs so we have double-sided walls with a nice base for gluing.

Step 4: Assemble the lighting channels
The hot-melt-glue and packing tape of the previous model led to a lot of wrinkling. To make sure everything lies flat, I'm using a Scotch adhesive dispenser. 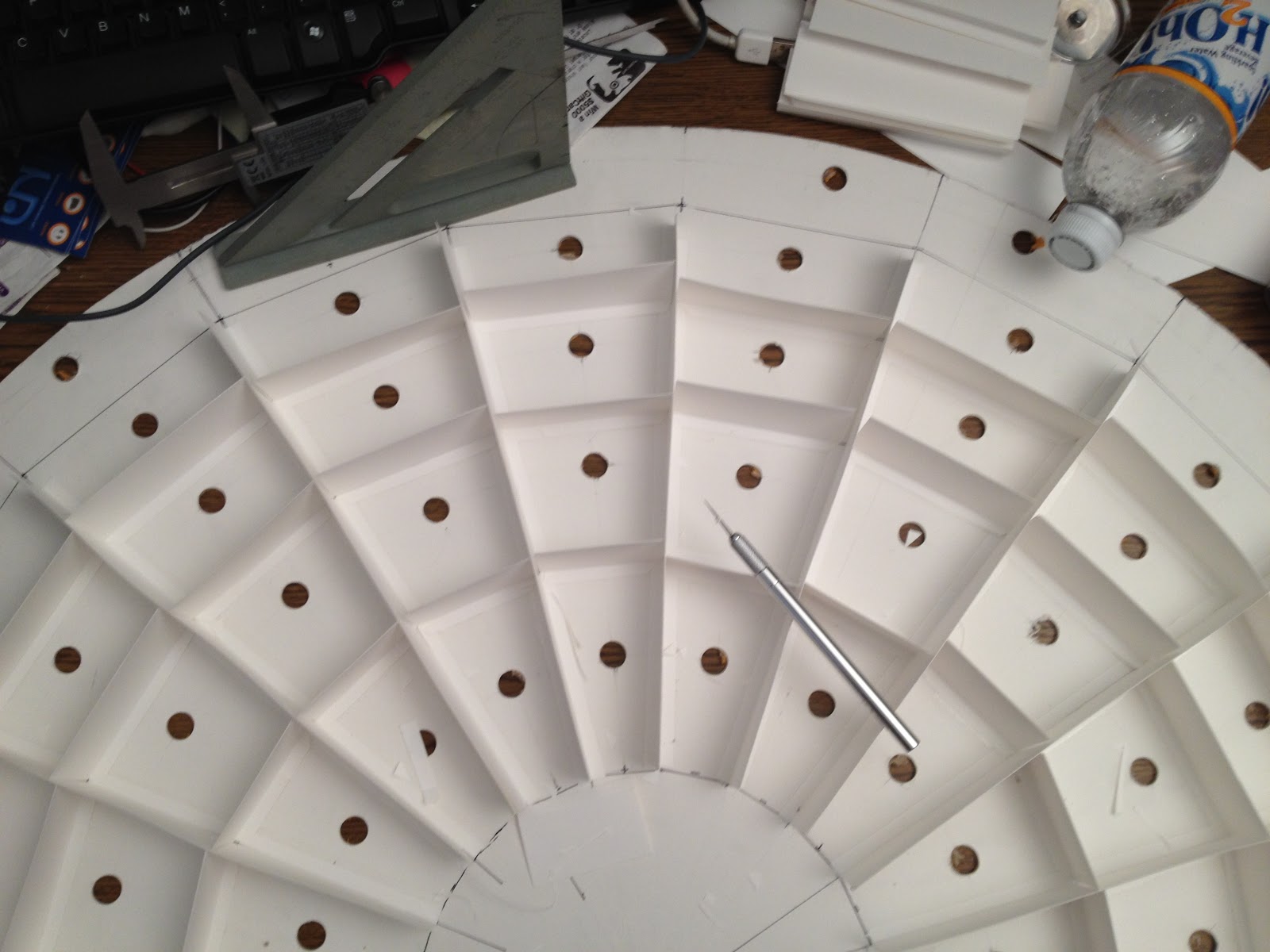 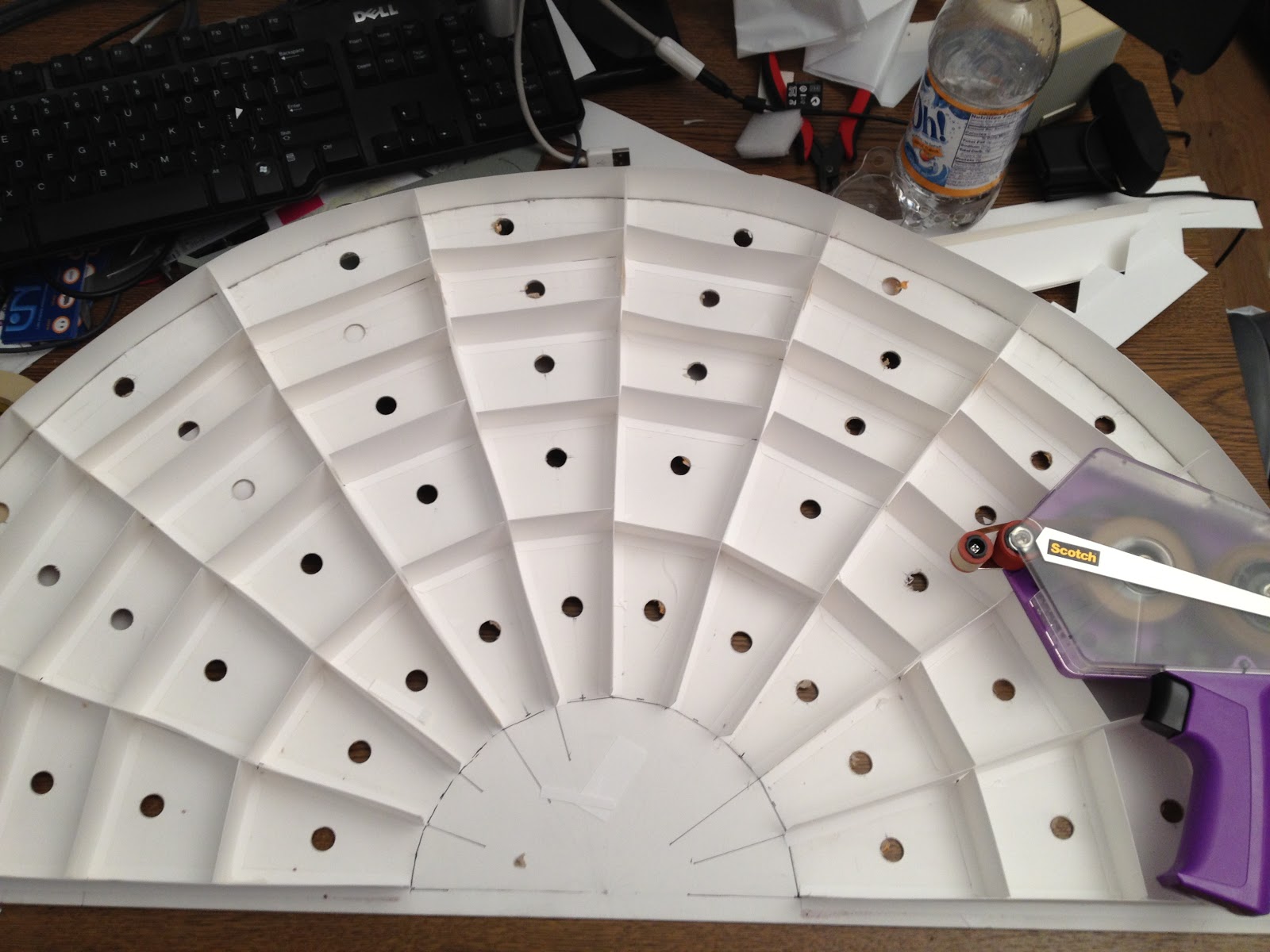 Six hours later, the channels are framed up!

Construction front to back:

Layer 2: Channels: Card stock and art board. 1-3/4" tall. Board is drilled for LEDs, card stock is glued to  fiberboard and itself.

Layer 3: LEDs and cable runs: The actual LEDs are plugged into the back of the art board. 2 inches of foam add some depth to the unit and leave room to route the LED wires. 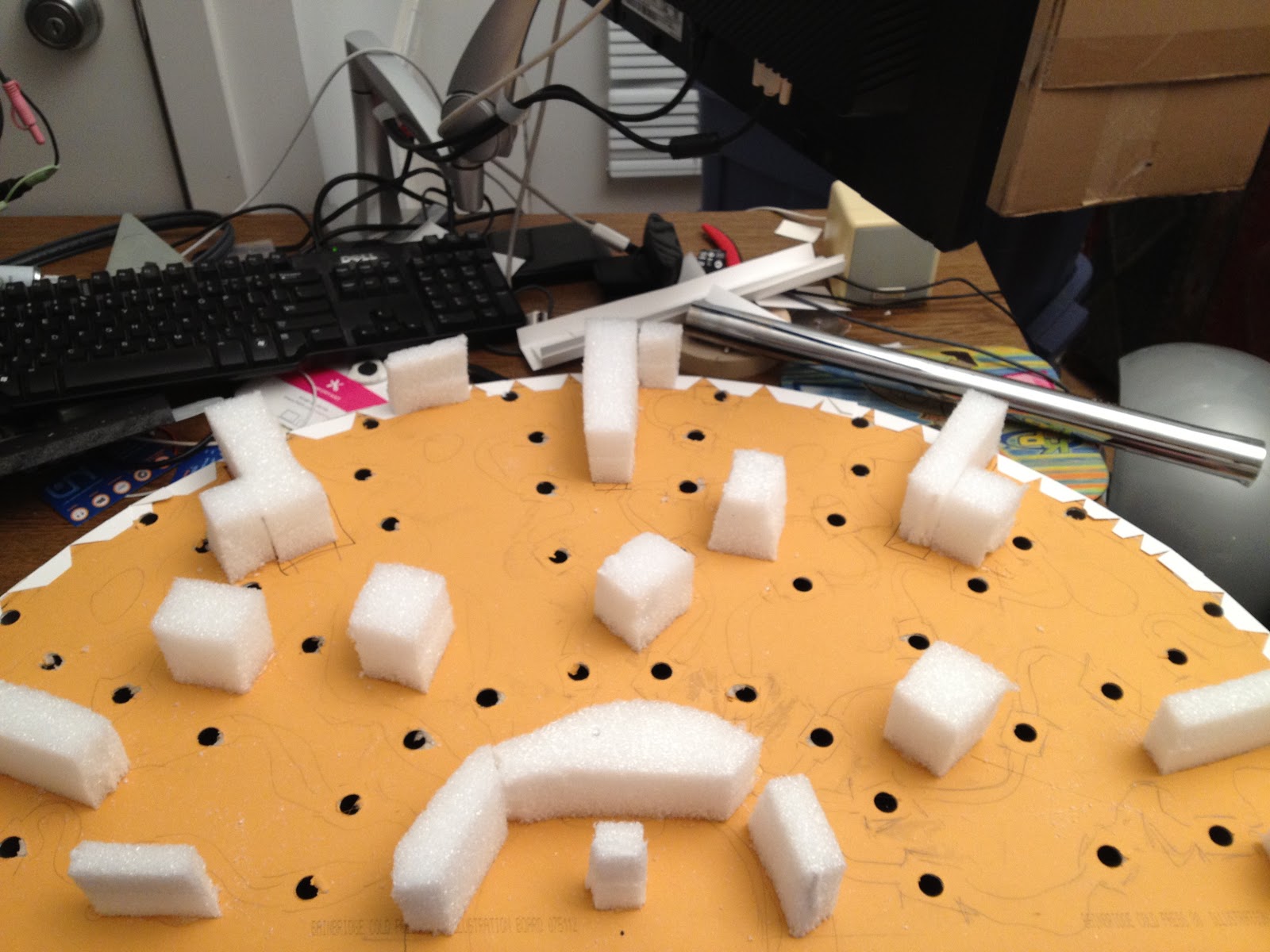 Layer 4:  Back plate. 1/2" GatorBoard. Connectors for the remote "buzzers" will be mounted here.

The whole top half sandwich is held together by two large nylon bolts so it can be disassembled for repairs and upgrades.

Everything but the main display LEDs is jammed into the base:
I plan to wrap the whole thing with a 4" strip of corrugated plastic to add stability and give the whole thing a little cushioning for durability.

Electronics: The Arduino,  operator display and remote button jacks all live in the base and are connected to the back plate.

All the parts I have assembled so far actually fit in the base. (The upside of measuring first.) But it's really tight. I may hollow out the unlit center cell and put the Arduino and related boards up there.

In part 5, I will be focusing on the game show features. I'm hoping to get the two team displays and buttons finished. Hopefully with sound effects.
Stay tuned!
Posted by Unknown at 12:00 PM No comments: Links to this post