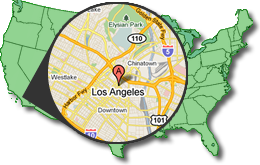 I recently discovered "New Mediacracy" and jumped in with Episode 18: The One About "IndieTV" Versus "Immersive Entertainment." This episode was supposed to be a discussion about web content in the style of traditional television v.s. highly interactive YouTube videos and software.

First off: Good and informed discussion. They entertained and engaged me enough to write this article.
I've subscribed, and look forward to more of this program.

I thought the starting discussion was ridiculous, but other topics like "Is the Web just TV's Farm Club?" really worked.

The panelists acknowledge that they live in an Internet bubble. And this is clearly reflected in their opinions. But what I think they don't realize is that their bubble is even smaller than they think.
They are very LA. They understand TV. They understand YouTube.

LA isn't the future of online entertainment. There was lots of discussion about "pitching" shows. Building audience. Making it big. Coming to LA and producing shows. Pursuading advertisers. Using The Web as a delivery mechanism.

My belief is that the next generation of content producers is already way beyond this sort of talk.

The new entertainment industry isn't about blockbusters and making it big. It's about making a living and telling the story you want to tell. Most of the LA crowd thinks Felicia Day and Jonathan Coulton are flukes. I contend that they are the bridge to the next wave.

I think the defining features of the next generation of entertainment are:
People working in this sort of model will be able to make a decent living doing what they love while their "Industry" counterparts are auditioning, tending bar, and waiting for someone in power to grant them their break.

The democratized entertainment landscape of the near future doesn't have mass audiences. Sure, there will be individual stories or events that attract everyone's attention for a few minutes, but I think small and steady will become the norm for most productions.

As a number of writers have pointed out, if you have 10,000 fans and you can get an average of $5 from each one each year, you have a full-time job. You won't be rich, but you can make a living.

Everyone in traditional television has the same unstated dream: "I hope I write/produce/score/star in a TV series that gets syndicated so I can be rich and indulge my creative fantasies."

The new dream is more like, "I hope enough people like my show so I can quit my day job and do this full-time."
Posted by Unknown at 9:23 AM