Disclaimer: If it wasn't broadcast over-the-air, available online or if the DVD didn't come out right away, I probably didn't see it. I'm one of those "cable-cutters." 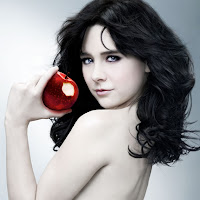 Prequel to the amazing Battlestar Gallactica.  We meet Commander Adama as a child and see the origins of the Cylons and their belief system. Real interesting stuff about politics and technology. Morals, business and crime. Questioning the nature of reality is interesting for humans. A whole other question for robots...

Based on "The Colorado Kid," this story takes place in your standard Stephen King New England town.  Filled with odd characters with unusual abilities. The story follows an FBI agent who comes to town and realizes she has some odd connection with the strange goings-on. The first season was a bit methodical in it's story construction, but finale... oh my! Moved it from an interesting show to a must-watch for next season.

We got the fourth season of The Guild this year. This ongoing story of the members of on online gaming guild who now occasionally connect in real life deserves its place at the top of the online video heap.
The writing gets even better. A couple new characters. Some of members of the Axis of Anarchy return.
While the show if very funny and approachable, only online gamers are going to catch all the clever references.

Based on the graphic novel of the same name, this show follows the very human stories of a group of people who survived a zombie apocalypse.  So far, standard end-of-world/action fare, but the stories are well told.

A very mainstream show that blends procedural crime drama with comedy. The jokes are good. The mysteries are well above the TV average. And best of all, they occasionally work in "Firefly" references.

Sure it's been cancelled for years. But I, and other fans, watch it over and over. Still the best TV I watch in any given year. You can't stop the signal!
Posted by Unknown at 9:08 AM