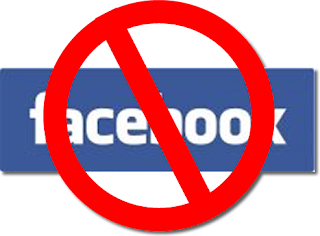 I think I know why people are angry at Facebook.

When discussing new media with clients, we often talk about The Transaction: You offer a (potential) customer something in return for permission to communicate with them.

"Social Networking" sites offer tools to easily communicate with and connect with your friends and colleagues. In return for the use of these tools, you give the site access to your connections and any other data you may share. In most cases they try to use this information to create more desirable advertising.

Both sides know what they are getting and everyone is happy.

But I think people are seeing Facebook as a Bait and Switch.
They gave their information in return for easy and private contact with their friends. But the product is no longer private. So people feel literally ripped off.
They bought one thing with their valuable information, and now have something different.
And the investment isn't just in information. Most people have a lot of time invested in Facebook.
The new Facebook might be better. It might be worse. But it's DIFFERENT.
And that, I suspect, is why people are having this emotional reaction to the changing Facebook policies.

But Facebook has told us what they're doing every step of the way. Right?

No one reads Terms of Service, Privacy Policies, or End User License Agreements.
The REAL contract between users and site maintainers is written in actions.
Any site that believes it can define the relationship with the end user  is a site that has already failed.
Of course, this sort of thinking isn't unique to web sites. Television, Movies, Music, and Print all are in the process of learning this sometimes painful lesson. We just expect more from the people creating online content.

But when Facebook changed it actions (not just policies) to make it clear that nothing on Facebook is private, people learned their understanding of the site was wrong. Facebook's previous actions seem like a lie given the new policies and actions. I don't know about you, but when I discover that I believed something that proved false, I get angry. Mostly at myself for being a chump, but also at the entity that mislead me.