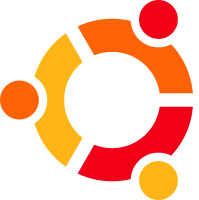 In part 1, I updated the media center by replacing most of the parts.
Now that the machine is assembled, let's install the software.

Windows 7 is really great for home theater use, but I'm keeping it cheap with free software. Just like the previous build, I will use Ubuntu and XBMC.

Ubuntu has become my usual OS because it has been easy to install and is well supported.

Use another computer to:


Now just put the CD in the new machine and boot from it.
(I set the BIOS to boot from optical media first.)
Select Install Ubuntu and accept all the defaults.
Worked out of the box!


Allow the system updates to run. This took awhile for me.

Pull up Sytem:Administration:Hardware Drivers and make sure the ATI drivers are installed and active.
(Obviously, video drivers will vary by manufacturer.)

I now have a fully functional computer!

I actually spent quite a bit of time playing with the new features in this version of Ubuntu before getting back to my installation. I can highly recommend Karmic.

Back to the install:


First Hitch: XBMC is not in the Karmic repository for some reason.
Just follow the instructions on the XBMC Wiki to add it to your software sources.

I used the non-command-line method:
Bring up System:Administration:Software Sources and select the Other Software tab.
Add  the XBMC repository: 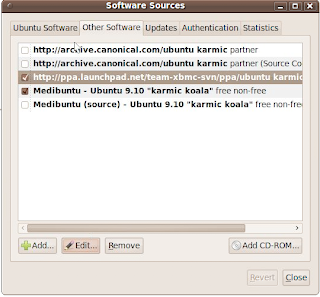 While there, install "lirc" to give you remote control.

At this point, I could browse and watch my videos... except no sound.

A helpful person on the #ubuntu irc got me the fix. 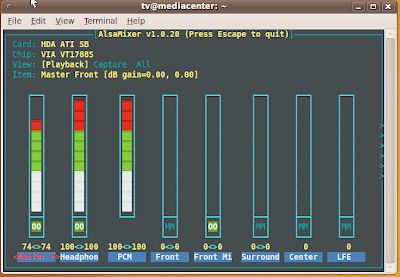 use the arrow keys to turn up the volume.

Time to watch some video!

I use "sftp" (a file transfer protocol built into Secure Shell) for most of my local file transfers. All my machines, regardless of operating system, run ssh, so it's a universal file share for me.

Now I can easily (and securely) transfer files from my Mac Server.

I followed the instructions on this post about installing medibuntu repositories, and we're good to go.

Whole process was under 2 hours.