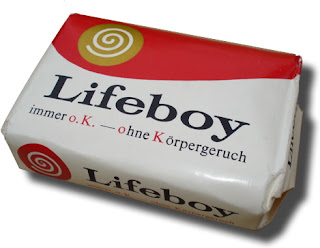 It appears that the broadcast networks have forgotten what business they are in.
Dancing with Hulu and Boxee.
Limiting content to their own branded web sites.
Delaying web streams of their shows until the day after a show has aired.

What's with all this Network branding and control? Just sell the damn soap!

Broadcast networks are in the business of selling ads.
Limiting when or how a potential viewer can see those ads is... Well, even my considerable vocabulary can't come up an adjective strong enough to indicate what a Bad Idea that is.

The Networks are foolishly attempting to force viewers to watch shows at air time instead of online, since their sales force knows how to get paid for over-the-air broadcasts.

But it's a false choice: Users aren't going to play by the rules the Networks set up. They are going to get the content how they want it and when they want it. And if they get the content via illegal download, it won't be delivered with ANY advertising.
Heck, even if the programming is just time-shifted with a computer or TiVo-type device, the viewers are going to skip commercials.

So who's getting my advertising eyeballs?
It's not the TV-on-DVD shows. I love these because there are no ads , "bugs," or "lower third" promos. Selling ads on subsidized DVDs is an interesting idea, but because they are inherently time-shifted, it limits the sorts of campaigns which could take advantage of this format.

It's not the time-shifted broadcasts. I have a button on my remote that skips forward in 30 second increments. But I am seeing advertising on some of these shows - just not commercials. Trust Me is the most brilliant concept in product placement ever. Mythbusters is now doing segments promoting a Volkswagen diesel. I happily watch these non-commercials.

Where I DO see commercials and sponsorship messages is podcasts and online streamed programming.

Make:Television is sponsored by Geek Squad (Best Buy). Meet the Press usually has a big-name sponsor. (Although I usually skip the MSNBC promos.) DiggNation had Coors Light sponsoring this week. The Guild is now sponsored exclusively by Microsoft. Go Daddy sponsors dozens of the programs I watch/listen to.
For those few shows where I can't wait for the DVD, I'm watching on Hulu where I'm presented with commercials I can't skip. I've tried to watch programs on the Network home sites, but it's a universally bad experience.

So the bottom line: I see NO commercials with my "broadcast" programming, but lots of ads with my IPTV and podcasts.

Advertisers need to learn that Nielsen doesn't have a clue about the current state of affairs, and the Networks need to remember what business they're in and just sell the ads.

The days of the big-budget TV campaign are nearly over and everyone needs to adjust to this new reality if they want to stay relevant.