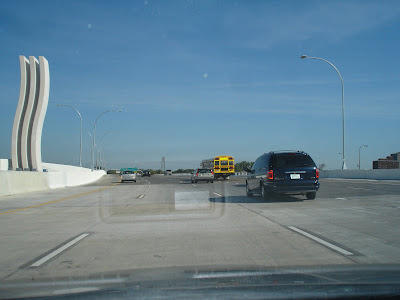 After slightly more than a year since the collapse of the Interstate 35W bridge running into downtown Minneapolis, the new bridge has opened.
The work of the Minnesota Department of Transportation and the various contractors and vendors involved in keeping traffic moving in the Twin Cities after the bridge collapse was nothing short of brilliant.
In the days following the disaster, roads were rerouted, lanes widened, traffic flow reversed, and all kind of clever techniques employed to minimize the effects on the traffic system.

It's not too often that one gets to sing the praises of government agencies, so I think it's important to point out when things go well.
In addition to all the work in the traffic system, the bridge itself was completed over three months ahead of schedule.

I hope everyone already knows about the amazing events of the day of the bridge collapse and the efforts of everyone in response to the disaster. It was the luckiest accident ever: right in front of many emergency services people who were able to be on-site in minutes.

Photo 1 was taken from my car using a GorillaPod to hang the camera from the rear-view mirror.
Photo 2 copyright 2008 Minnesota Department of Transportation