Kevin O'Callaghan sent me this image:
which he titled "the first wacom tablet."

This actually got me thinking about my early work with light pens and digitizing devices.

I'll save light pens and touch screens for another post, but one of my first "digitizing tablets" worked on a similar concept. The "Versawriter" used the standard potentiometer inputs of the Apple ][ and put them on the hinges of a sort of pantograph.


I can clearly remember the long hours spent tracing over illustrations to get them in the computer. We'd seen the early mouse interfaces by this point, so the other developers and I created some drivers that would let you control a cursor using drag motions on the Koala Pad.

We actually made a product together with the Koala guys called the Muppet Learning Keys
http://muppet.wikia.com/wiki/Muppet_Learning_Keys

Wow. That page just freaked me out - serious flashbacks. :)
Posted by Unknown at 3:05 PM No comments: Links to this post

Everyone makes a list at the end of the year.

Here's a completely pointless one!

Jennifer Tilly
Her sitcom got canceled, but she's all over the pro Poker circuit.

Tina Fey - Saturday Night Live
Mostly writes for TV, but gets be in front of the camera on 30 Rock
http://www.google.com/search?hl=en&q=tina+fey

Sarah Silverman - biggest TV series was probably Greg the Bunny, but she's everywhere.
Joyously evil. Stretching the rules a little bit about being a featured player, but they are MY rules. 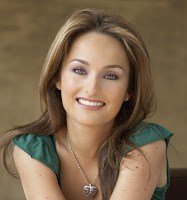 Giada De Laurentiis - FoodTV
I dare you to not fall in love!
http://www.google.com/search?hl=en&q=Giada+De+Laurentiis
Posted by Unknown at 1:48 PM No comments: Links to this post